The Brubeck Brothers Quartet will be performing at Missouri Southern State Universities Corley Auditorium, Saturday April 21. The group’s bassist, trombonist and composer Chris Brubeck, son of Dave Brubeck, makes it clear that the BBQ isn’t a cover band playing his Father’s music. Dave was one of the America’s most well known composers of ‘Cool Jazz’ or what some call, ‘West Coast Jazz’ before he passed away in 2012. The Brubeck name is synonymous with the genre. Dan and Chris Brubeck have proudly carried their Father’s torch as part of the Brubeck Brothers Quartet for over 30-years. KRPS’s ‘Morning Edition Host’ Fred Fletcher-Fierro spoke with Chris Brubeck  about the groups latest album, ‘Timeline’ released in March and just kind of jazz the BBQ plays. 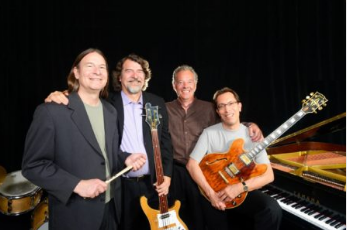